In July 1897 a small group of Bernardine nuns arrived in the rural parish of Langley, led by Dame Lucie Destailleurs, to re-establish in safety their community and spiritual life.

The England that welcomed them, by contrast, was revelling in euphoria of the Diamond Jubilee of Queen Victoria, crowned sixty years before on 28 June. Throughout the land, this great anniversary was being celebrated.

It was in early June 1897 that the Prioress, Dame Ernestine, came to inspect Aldin House and check whether it would suit the purposes of the Order as a community house and school. The present flourishing and enormously expanded community of St. Bernard’s, school and convent, is proof of the wisdom of those who decided that the house would make an acceptable refuge from France. 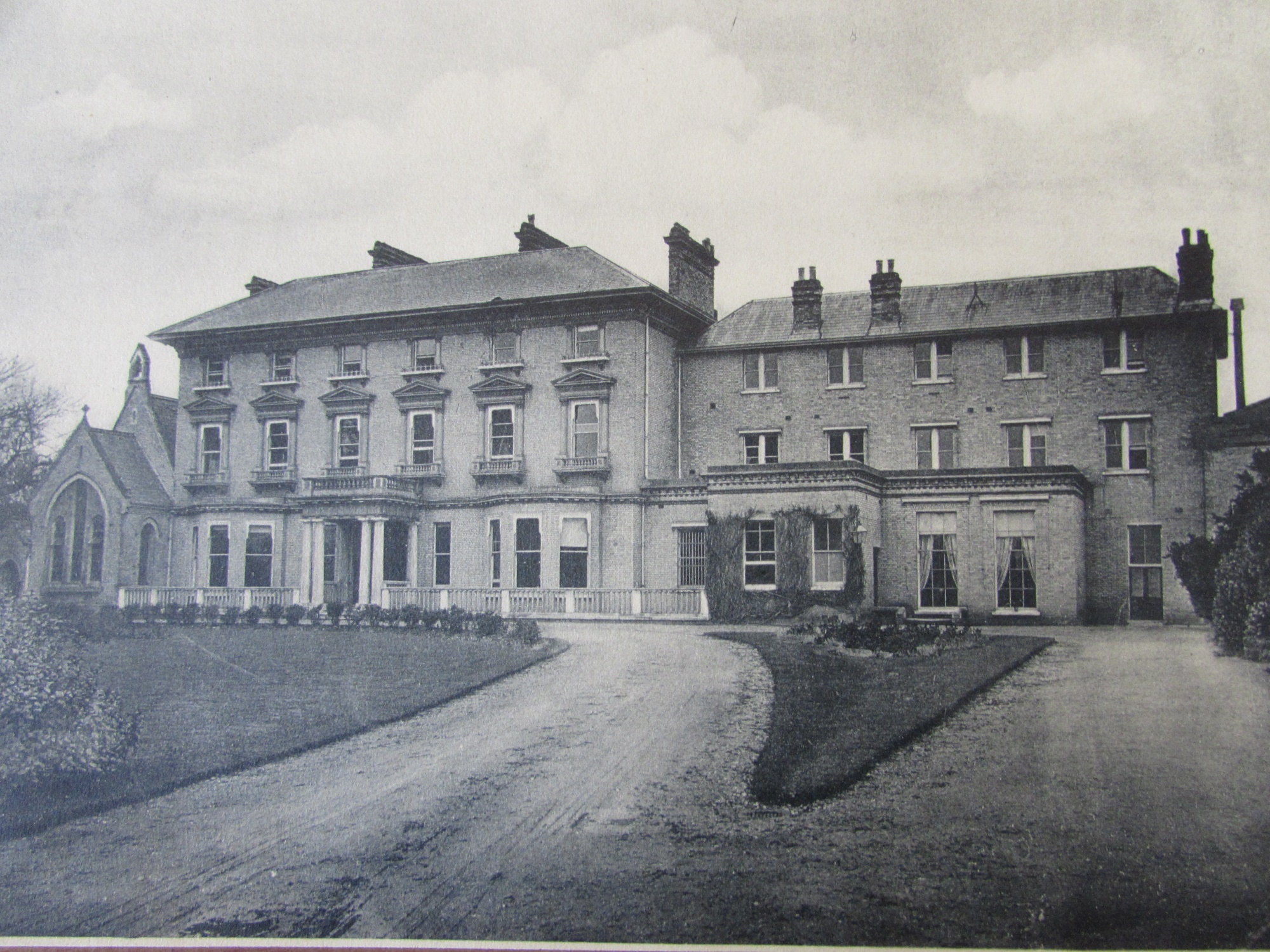 Photo: The original Aldin House, which is now the site of St Bernard's Grammar School

Aldin House had a short, though interesting history. Built in 1860’s by Baroness Coutts, an heiress and lady in waiting, it was never used by her and in 1869 she sold it to an Anglican cleric, the Rev. J. Hawtrey. He created what became a thriving preparatory school of 300 boys for Eton College. Hawtrey then moved his school to Westgate in 1883, to be succeeded at Aldin House by a Welsh Charity which used it as a school for just a year before it was sold in 1884 to a Jesuit community who, like the Bernardines, were refugees from France. They remained in residence until 1890 from which time the house lay empty until the arrival of the Bernardines in July 1897. Strangely the house was never used for its original purpose but has always served, in some way, for a community and a school.

Dame Lucie and her sisters came to an empty building that required much work to make it habitable for the nuns and for the pupils. Days were spent in obtaining kitchen equipment and furniture and contracts were placed for installing heating, lighting and sanitation. But before even these basic needs were tackled, the spiritual life of the community in its new home was marked by a mass of dedication on 4 July 1897.

The frenetic work of the first weeks at Langley enabled the first pupils – all boarders, twelve coming from France and two from England – to be welcomed on 6 October. Three weeks earlier, the first lay teacher, Miss Gertrude Butt, had been appointed to help the nuns and the pupils in their learning of English. On the day the school opened, the statue of Our Lady of the Sacred Heart was formally blessed and the community entrusted to Our Lady’s protection. Two weeks later, on the feast of the Holy Angels, the pupils were taken on an excursion to Stoke Poges and entertained in the evening at a concert given by old girls from Equermes. The tradition of Guardian Angels was thus established from the very beginning.

This first year was fruitful in other ways. In December Father Drake was appointed Chaplain and continued so until 1914. In January Miss Wells was recruited to the staff, a notable addition as she was to be professed as Dame Marie Hilda in 1901, the first English girl that S. Bernard’s has the honour and joy to present to the Congregation. Dame Marie Hilda later became a determined, efficient and long serving headmistress who guided the school to recognition by the Board of Education in 1920 and was still keeping a motherly eye on her charges during years of blitz bombings on London and the Home counties.

The Catholics of Langley and Slough welcomed the Bernardine community, joined them in the celebration of Mass and looked to them for help. The convent school was devoted to boarding young ladies but there was a need for a day school for local children of all ages. Tentative beginnings led to the purchase of a substantial house at the gates of the convent where an ever growing number of pupils were taught in the new St. Joseph’s school, for many years under the leadership of Dame Marie Edith. 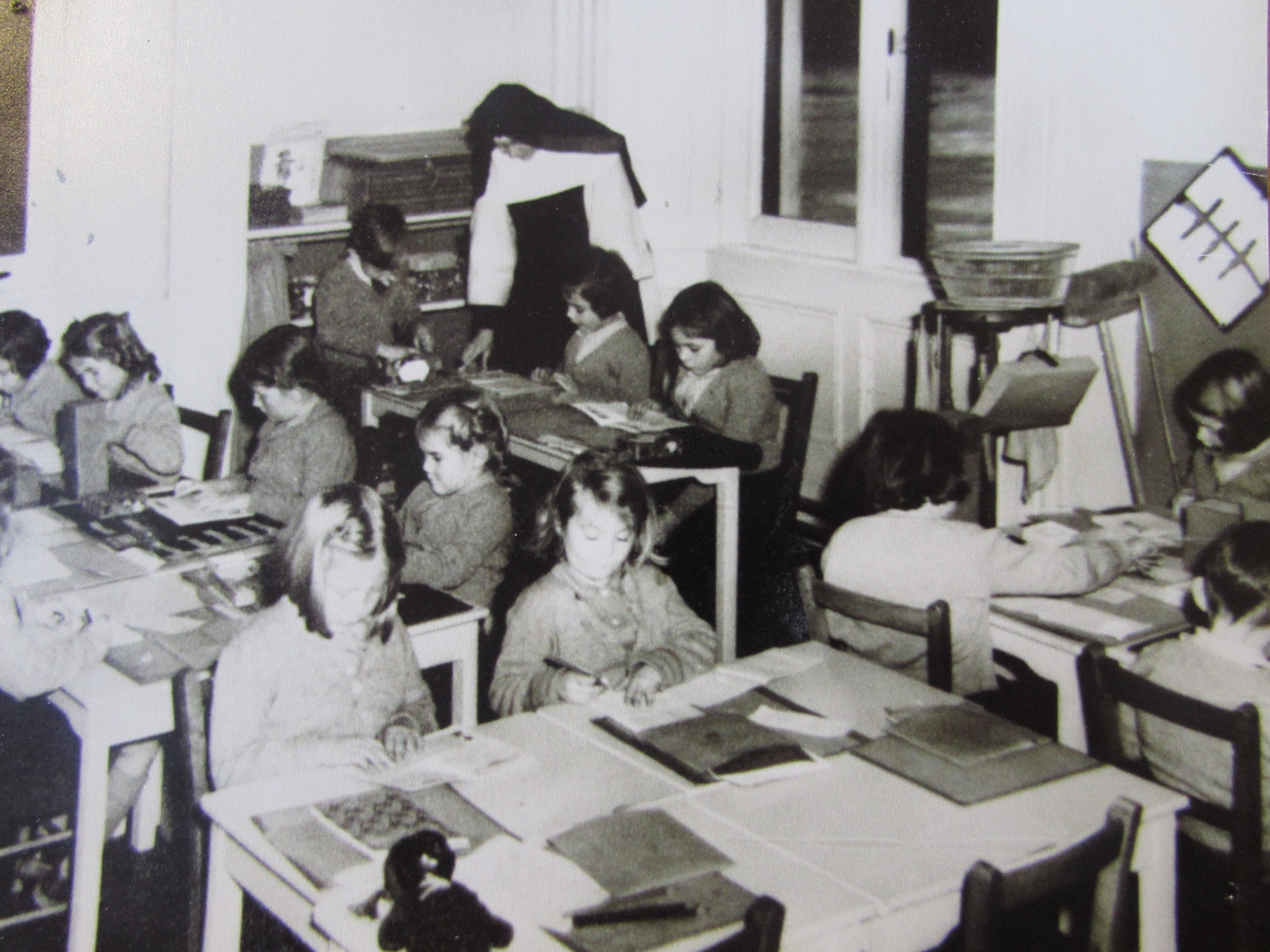 The two wars inevitably had an effect on the community and school. In 1914, the ground floor was converted into a military hospital with room for nearly 80 soldiers.    The King and Queen visited the hospital in 1915 but, for some reason, only a few men were ever sent to the hospital and these were mostly territorials from home units.  By July 1916 the hospital was closed and the rooms returned to school use once more.

St. Bernard’s emerged, intact, into a post war world where many and dramatic changes in society would happen. Europe was marked by continuing hardships, separation of families, rationing and the resettlement of displaced persons, marked also by an idealism aiming at building a better society based on greater justice and equality. In Britain, Butler’s Education Act of 1944 was of great significance. For the first time, the state was to provide secondary education for all to the age of fifteen in grammar, technical or modern schools.

The tradition of long and devoted service was continued by Dame Dorothy who was Head of St. Bernard’s for twenty five years and Dame Marie Hedwige who looked after the new preparatory school for the same length of time. At this early stage, the two schools together numbered about five hundred pupils.

In 1944 a very important Education Act was passed which caused many changes in the running of all schools through the country. In the wake of the changes St. Bernard’s Preparatory School became an independent school in September 1945, taking over the building on the corner of the London/Langley Road, which had formerly housed St. Joseph’s. In that momentous year, 1945, the senior girls of St. Joseph’s cross the road to St. Bernard’s Convent School, and the junior children from St. Bernard’s came across to what would now be St. Bernard’s Preparatory School, catering for girls 4-11+ years and boys 4-8 years. 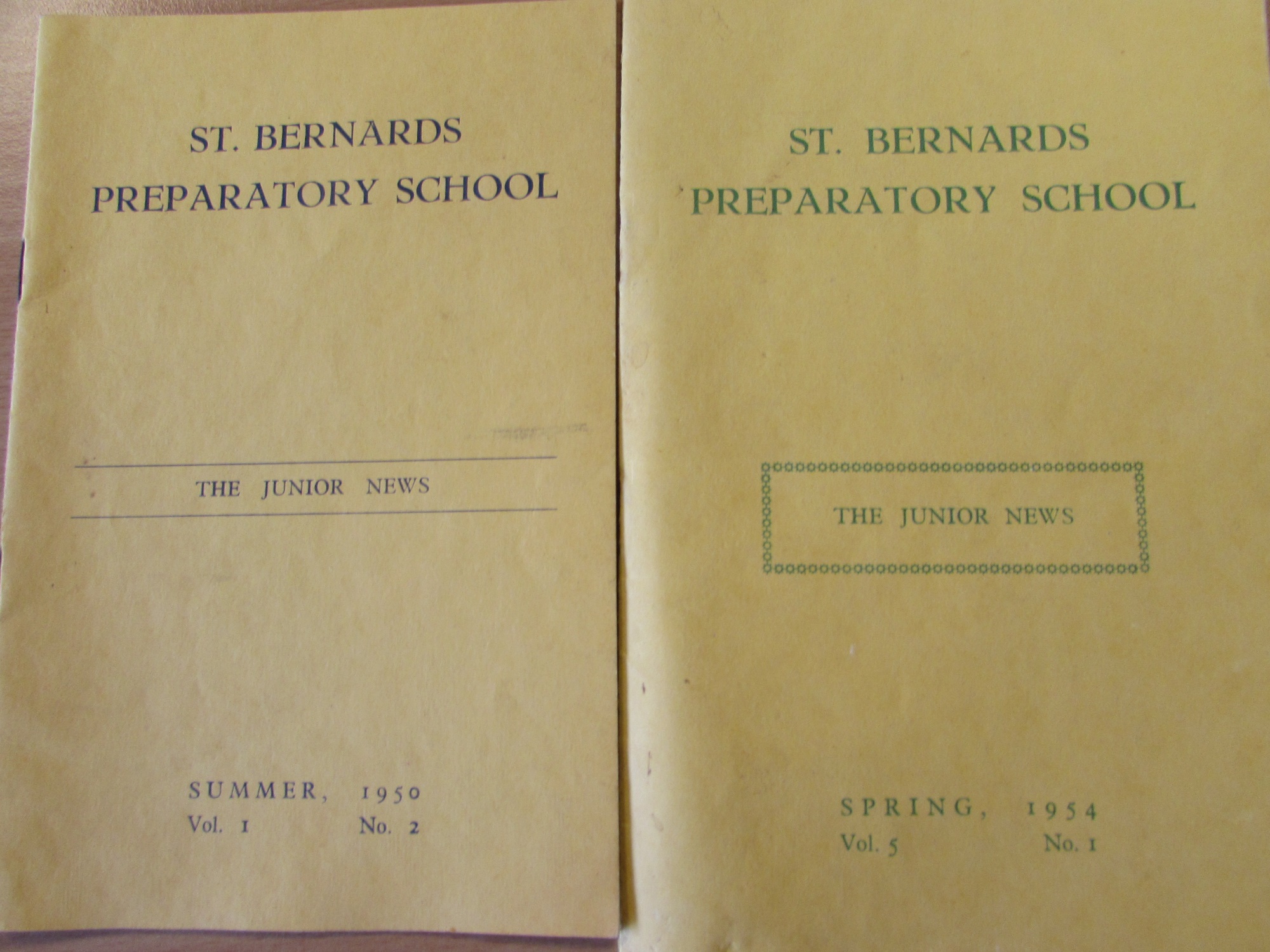 Sister Francis Mary became Headmistress in 1973 when Sister Mary Hedwige retired and in 1981 the school moved to a bright, modern building in the Convent grounds. The rest, as they say, is all history! 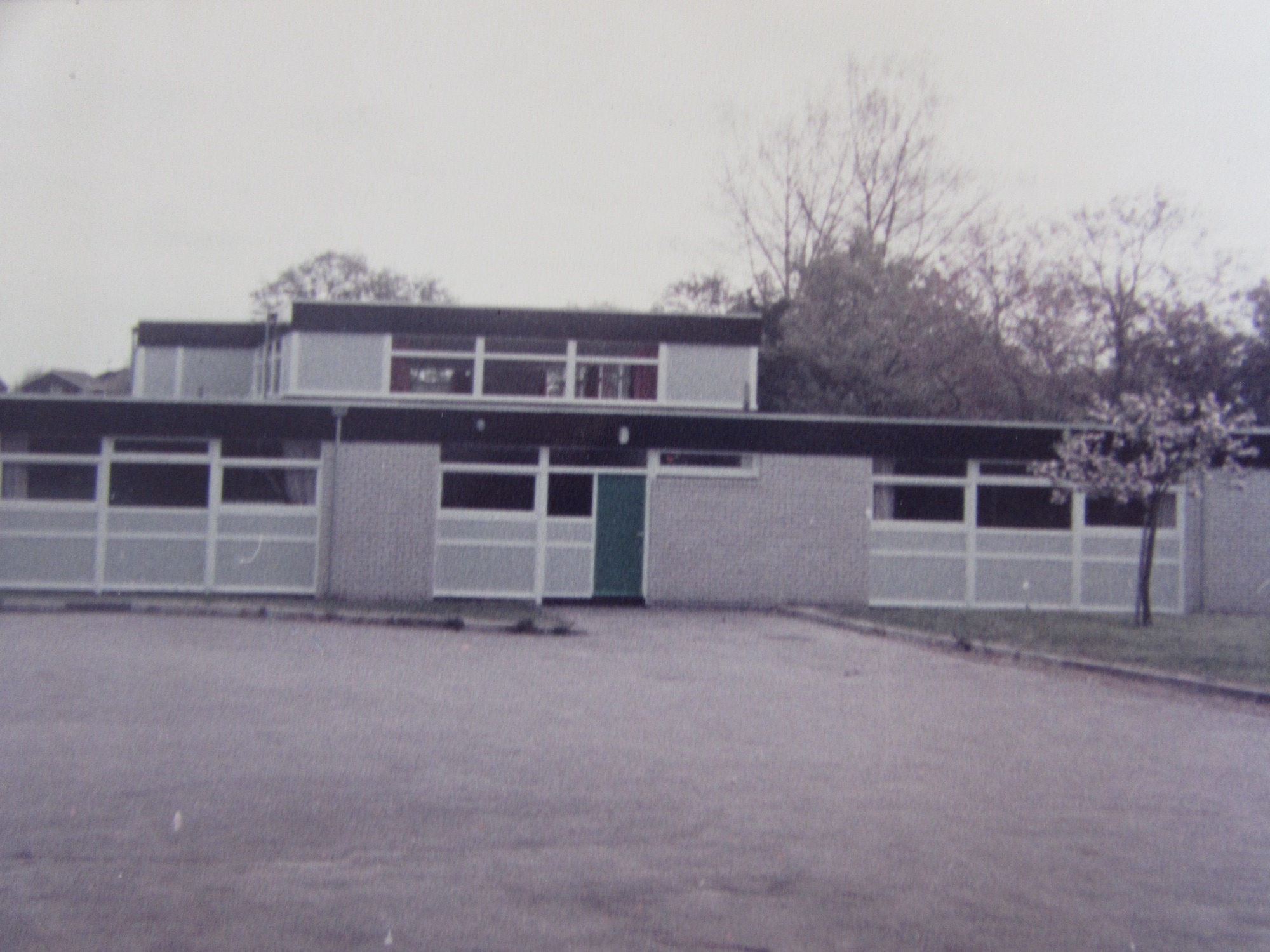 The Headmaster of St. Bernard’s Preparatory School, Mr. Nathan Cheesman, said, ‘We welcome this exciting new development in the history of St. Bernard’s. We look forward to continuing our commitment to the highest quality of Catholic Education under the trusteeship of St. Benedict’s School, celebrating the talents and gifts of each child, enabling them to develop to their potential spiritually, morally, academically, socially and physically.’

Mr. Andrew Johnson, Headmaster of St. Benedict’s School, confirmed, ‘We are delighted to be assuming the Trusteeship of St. Bernard’s, and can see significant benefit to both schools coming from this new partnership. We look forward to working together with the excellent team at St. Bernard’s to help the school go from strength to strength.’